The Jordans meet one-half of The Beatles

One could safely say The Avalons were the first Brazilian rock combo. Dudu & his brother & Paulinho used to be jazz musicians before they turned into rock'n'roll circa 1959. The Avalons existed for 3 years (1959-1960-1961) and its members went back to traditional jazz or other activities.

During the short period of the Young Records existence (1959-1950) there were other combos like The Jester Tigers, The Scarlets, Ritmos OK, the band from Taubaté that accompanied Celly Campello at her TV weekly show.

In 1962, singer-guitarrist Jose Provetti aka Gato, who had fronted The Jester Tigers during the Young label years forms The Jet Blacks, they record 'Apache' for Chantecler which goes straight to Number One.

After that, one could easily say The Jordans are the next band to break through the rock scene... they soon sign up with Copacabana Records and record regularly.

By 1967, into The Jordans' fifth year of existence, and after many different formation they tour Italy & other European countries. When they visited London in November 1967 they had the chance of their lives... they met John Lennon and Ringo Starr out of the blue... and they took some shots. 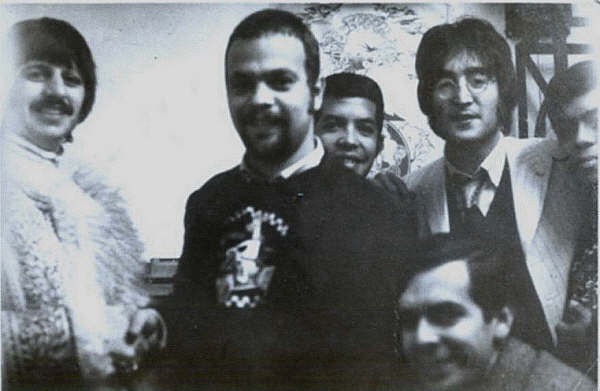 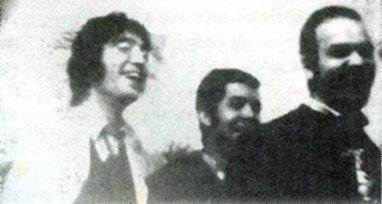 John Lennon, Neno & Foguinho in London.
Posted by Carlus Maximus at 04:57 No comments:

Thanks for the 77,666 visits to Brazilian Rock

exactly number-visits from one day to the next: 25th February 2017.