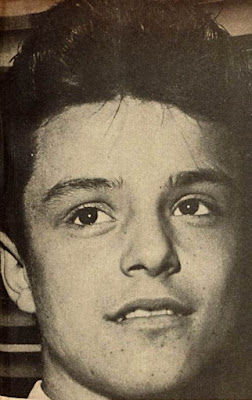 By mid-1960, Brazilian rock was growing as fast as a speeding bullet. Celly Campello was its undisputed queen, Carlos Gonzaga its king... and new faces were popping up every day. Weekly magazine Radiolandia carried this article about Chiquita and Bobby de Carlo, two new stars from very different background.

Roberto Caldeira dos Santos aka Bobby de Carlo was born on 30 June 1945, in Sao Paulo-SP. He was a good Catholic boy who started working as an office-boy at a bank when he was 14 years old. He was also very musical and one day played his guitar at a teen-age party in which Tony Campello was a guest. Campello was impressed by his talent and took him for a test at EMI's Odeon where he was signed immediately to a contract. In no time, Odeon released Bobby de Carlo's first single 'Oh Eliana', a cover of Frankie Avalon's 'Dede Dinah' which soared up the charts. 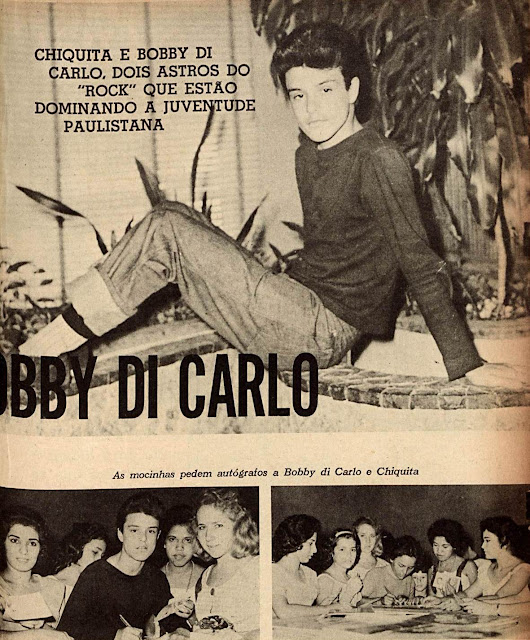 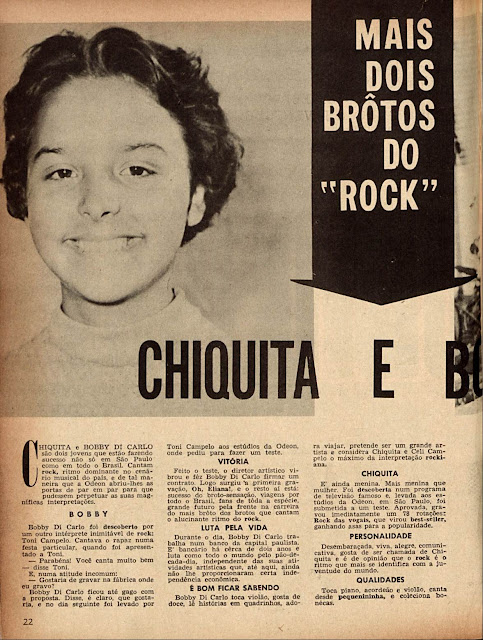 Chiquita and Bobby de Carlos were rock's new sensation in 1960. 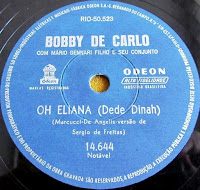 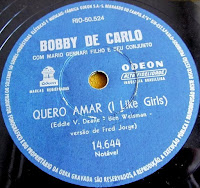 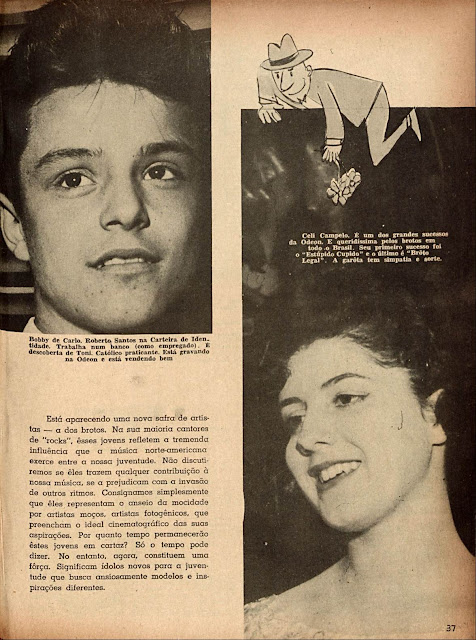 Francisca de Oliveira Paula Assis was Chiquita's real name. She was born in 1947, and had always been a hyper-active child who liked to listen to Brenda Lee's records especially 'Jambalaya'. She was 11 years old in 1958, when she impersonated Little Miss Dynamite at the Santa Paula Country Club in a party promoted by Colegio Sao Bento. Chiquita was an instant hit.

Next up, Chiquita did her 'Brenda Lee act' at Durval de Souza's kid show 'Programa Durvalino', on TV Record, Channel 7. So it happened that writer-song-translator Fred Jorge, who worked for EMI-Odeon saw Chiquita and thought she'd be the best next thing. He took her to Odeon and was signed by the label that had discovered Celly Campello, the queen of Brazilian rock. 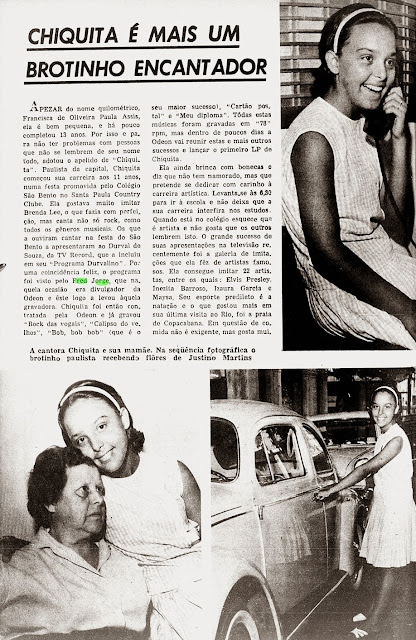 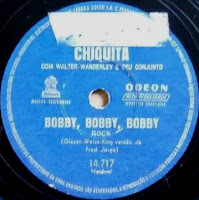 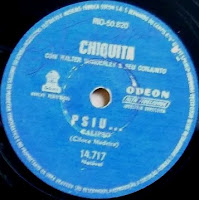 Posted by Carlus Maximus at 06:51 No comments: